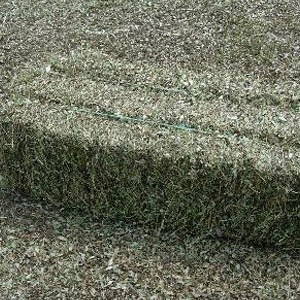 North Fulton Feed & Seed offers Perennial Peanut Hay. Perennial peanut hay is, a forage grass hay made out of the Arachis glabrata plant (also known as rhizoma peanut) and has roughly the same nutritional qualities as alfalfa. This is often called the alfalfa of the South because its protein and mineral content are very similar to alfalfa. Perennial Peanut fills a unique niche in this region because there is no other perennial warm-season legume that rivals its forage quality, persistence, and the broad spectrum of uses. Presently, it is commercially produced primarily in north Florida and south Georgia. Most of this production is for hay–in particular, for horses and goats.

This entry was posted on Thursday, May 14th, 2020 at 2:27 am and is filed under News&Update. You can follow any responses to this entry through the RSS 2.0 feed. Both comments and pings are currently closed.